Carl Petersen studied physics as a bachelor student in Oxford. During his PhD studies under the supervision of Prof. Sir Michael Berridge in Cambridge he investigated cellular and molecular mechanisms of calcium signalling. In his first postdoctoral period he joined the laboratory of Prof. Roger Nicoll at the University of California San Francisco to investigate synaptic transmission and plasticity in the hippocampus. During a second postdoctoral period, in the laboratory of Prof. Bert Sakmann at the Max Planck Institute for Medical Research in Heidelberg, he began working on the primary somatosensory barrel cortex, investigating cortical circuits and sensory processing. Carl Petersen joined the EPFL in 2003, setting up the Laboratory of Sensory Processing to investigate the functional operation of neural circuits in awake mice during quantified behavior. 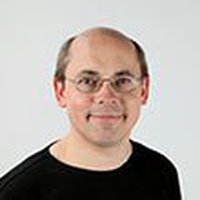